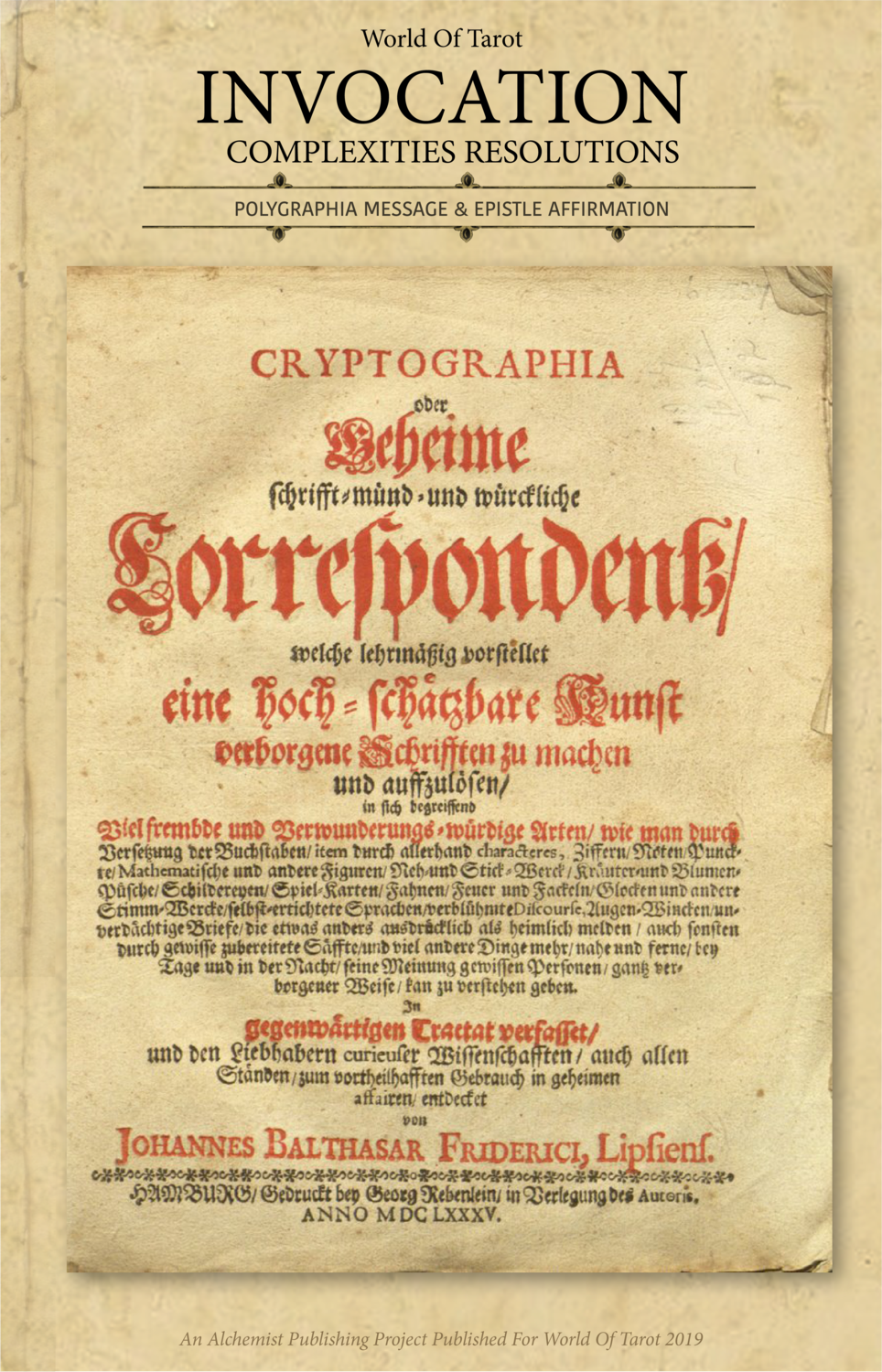 At checkout you can note anything you would like included to be covered with your invocation.

A Polygraphia Cryptographic work created by Londa Marks is available by download or through her invocation for you (no download - nothing mailed).

The use of codes and ciphers to protect secrets, began thousands of years ago. But, Polygraphia cryptographic work was written near the end of the Renaissance period, published in 1518 and dedicated to the art of steganography. It is the oldest known source of the popular Witches' Alphabet, a formula used at large by modern traditions of witchcraft. This ancient and rarely used process is an art form and skill known and understood by very few. These applications are best performed for those who require exceptional outcomes but also understand that varied results can occur from a good beginning to a spectacular culmination.

This invocation is about magic—specifically, about using spirits to communicate over long distances and throughout the universe calling to those who can resolve specific issues. And, since the publication of a decryption key to the first two volumes in 1606, they have been known to be actually concerned with cryptography and steganography. Solely about magic, the "magical" formulae. Parts of the Egyptian demotic Greek Magical Papyri were written in a cypher script.

Save this product for later
Display prices in: USD

ALSO AVAILABLE AT THESE FINE STORES

Lose a booklet? No problem! Accompanying booklets available on Amazon Kindle and Issuu. $3.50 each.